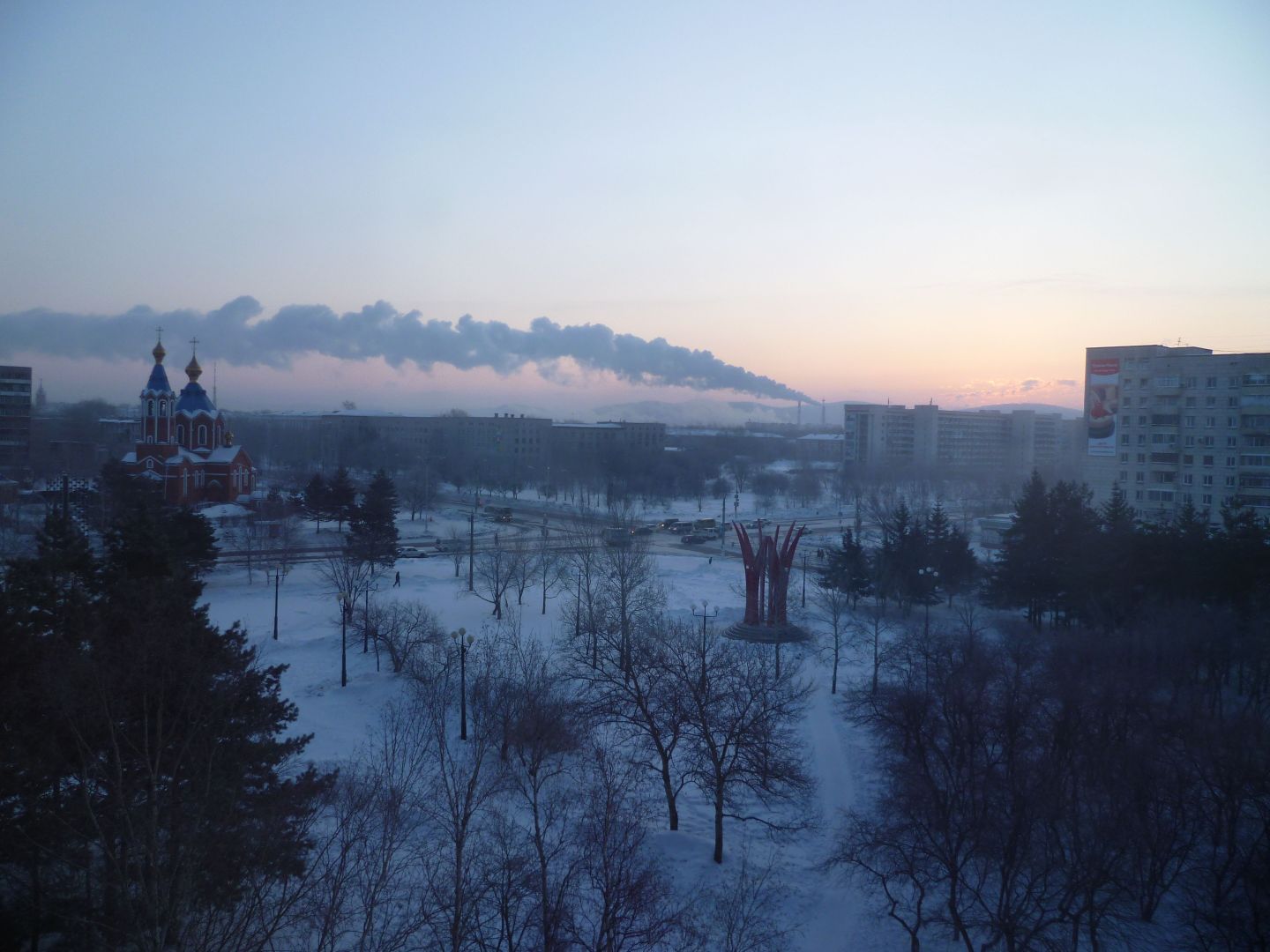 Yesterday Tania invited me to a birthday party for one of the theater’s actresses, Lena.  I asked what time I should come and she told me that any time would be ok because they would be there until the morning.  I thought, “Uh oh.  Is this one of *those* birthday parties??”  But I made myself go anyway because tonight I begin my 40-hour train journey.  It turns out that they just stay up all night TALKING.  We drank one bottle of wine among four people and drank lots of lots of tea.  It was a charming evening, with them telling stories of their theatrical tours and the hilarious conditions in which they found themselves, and my training to explain why on earth I was in Komsomolsk.

Talk turned more serious as they began to explain the controversial nature of some of their plays. Their latest play, called “I AM,” is an artistic representation about how among the ancestors of the actors there were many victims of Stalinist repression.  Even though Stalin’s actions haven’t been a secret for quite some time, this is still an uncomfortable subject for most people to broach.  Additionally, they recently staged a production of a play about the war in Chechnya, drawing worried reactions from their audience.  Over and over they were told, “You have to be careful!  Saying such things is dangerous!”  Tania said this was a reminder of how easy it is to provoke fear of repression, a “genetic fear,” as she calls it.  The theater actually hasn’t suffered any negative consequences related to the content of their work.  She believes this is because they are a teeny-tiny theater in Russia’s Far East.  In other words, why bother?  However, her artistic colleagues in St. Petersburg say that official condemnation of their art is a regular occurrence with increasingly frequent arrests.