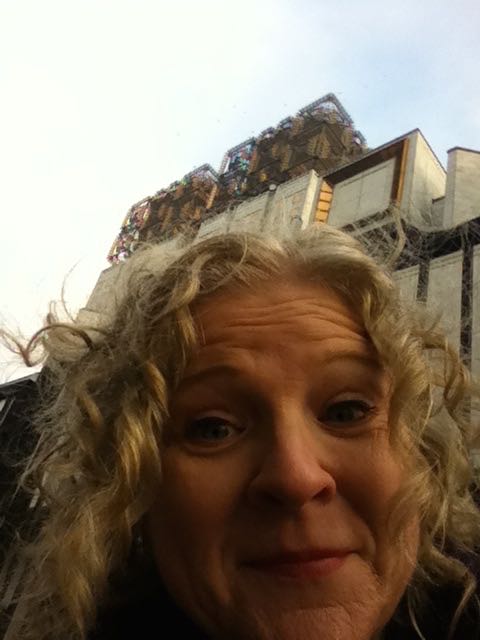 I got up early and put on my best professional costume:  suit, jewelry, pumps, the works.  I walked out into the cool Moscow air feeling excited and mildly triumphant.  I was then crushed within an inch of my life in the metro at rush hour.  Nevertheless, I emerged, rumpled but undefeated, at the butt of Yuri Gagarin, first man in space.

I made my way to the Academy and was immediately dwarfed by its imposing magnificence.  As soon as you walk in the courtyard, you feel it.  THIS IS WHERE SERIOUS PEOPLE DO SCIENCE.  I felt very, very small and very, very nervous. 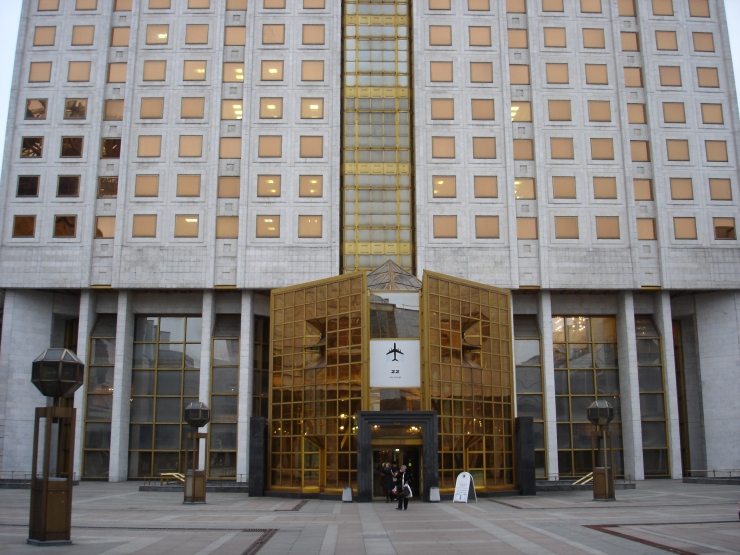 I didn’t know anyone at the conference except the organizer, Sergei Ryazanstev.  Sergei is an amazing man who has apparently been everywhere and done everything.  I met him over the Internet when I was looking for a Russian partner for my Fulbright application, but this trip to Moscow was the first time I got to meet him in person.  Sergei welcomed me and then I took my seat in the hall.  The conference opened with grand ceremony as we stood for the Russian national anthem.  Representatives from 26 countries were at the conference, including the ambassadors to Tadjikistan and Kyrgyzstan.

That’s Sergei in the middle in the light-colored jacket.  I tried to calm my nerves with some tea and cabbage pies during the break, but, honestly, I was just in torture for about four hours.  Then, finally, I gave my presentation and did as best I could in my non-native Russian.  I asked my seat-mate to photograph me and he had some difficulties with the camera….

Afterwards, people crowded around me and told me that I had done a great job.  I honestly can’t tell if they were just being polite; I was just so relieved it was over.  At the end of the day they fed us a filling meal in the Academy’s dining room and organized trips to the airport.  The majority of the conference participants were headed to Yerevan, Armenia for the continuation of the conference, but it was just too logistically difficult for me to join them.  I do hope I get the Fulbright so I can spend more time with Sergei because I think I have a lot to learn from him

After the conference I headed for the shoe repair (I know, not the most interesting of places, but you gotta do what you gotta do!) and I delightful dinner with Anya where I drank lots and lots of wine to mark the beginning of my true vacation.

Oh look!  The Institute of Socio-Political Research has uploaded photos from the conference!  I’m glad they caught a photo of me paying attention.