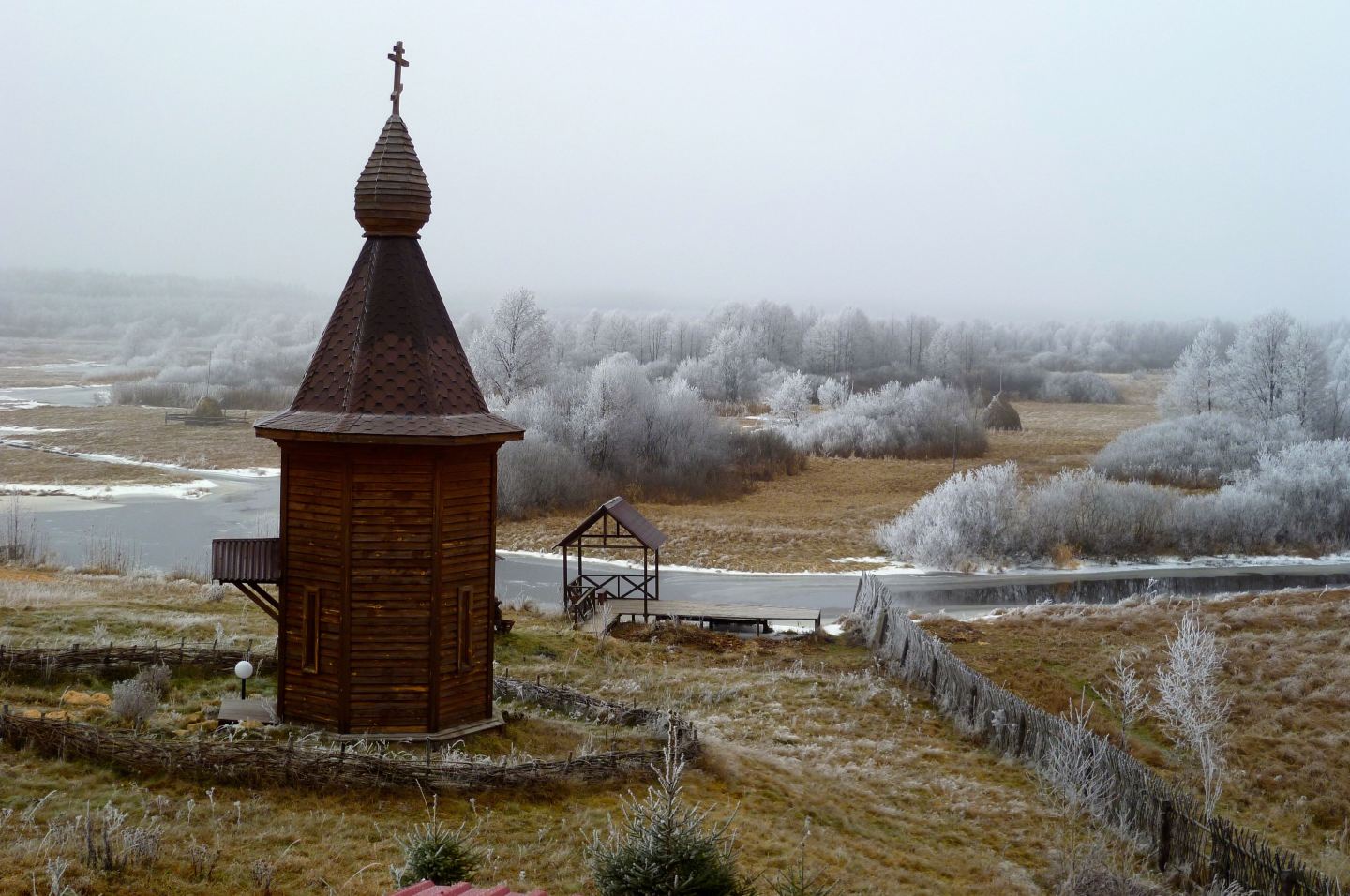 After the farm they fed me lunch.  At this point it occurred to me that these people were trying to kill me through overfeeding.

I went for another walk, did some more life-pondering, and then Dima came to get me for my evening lesson:  Mari cooking.

He led me to this little wooden house that also houses Razdolye’s Mari museum.  It’s a typical Russian country house in that it is one room, heated with a giant masonry oven, which is also used for cooking.  The first thing they did was sit me down to feed me (again, this is *before* the cooking lesson, reinforcing my “murder-through-food” theory.  They also had me drink a couple of shots of homemade vodka flavored with black currants.  Oh my goodness, how delicious.  You know that stuff that Absolut sells that is supposedly flavored by black currant?  Swill.  In fact, it should be called Absolut Swill.  This was flavored with fresh forest currents picked by the Razdolye staff.

After the vodka I was certainly ready to start cooking.  We were making vareniki, a kind of dumpling.  The dough was just flour, egg, and water and we mixed that together quickly.  The filling was meat, potato, and onion.  We copped these all together using something that resembled a pastry cutter– a handle with a blade on the end.  You hit the onion, potato, and meat with the blade and then moved it back and forth.  We did this near the masonry oven so, you guessed it, I got incredibly overheated and started to sweat profusely.  The teacher-ladies kindly wiped off my sweat.  Then we folded the filling into tiny packets.

While we cooked, we we entertained by this man playing the accordion.  His wife kept telling him to stop playing, that he was annoying her, but he kept on anyway.

Then we faced the difficult task of boiling the vareniki.  We were using the house’s oven, which is heated with wood and the cooking surface is, naturally, affected by how much wood there is and how quickly it burns.  So getting the water boiling and then keeping it at an even temperature was quite challenging.  But we got the darn things cooked and then we tucked in.  They were juicy and delicious.  Just three ingredients in the dumplings and yet so flavorful.

Here I am enjoying the dumplings, but mostly just sweating.  The woman on the left, Tatiana Alexandrova, was my main teacher.

And here’s the lot of us enjoying the meal.  Tatiana, the woman who runs Razdolye is on the right in black. 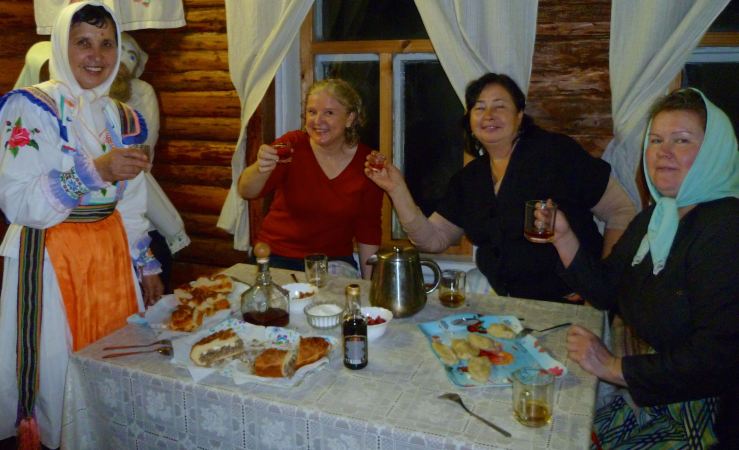 After this they tried to feed me dinner (more evidence for my theory), but I declined and went to bed.

The next morning I woke up to something called inyei– which is when frost barely coats everything.  I don’t think these photos really capture the breathtaking beauty. 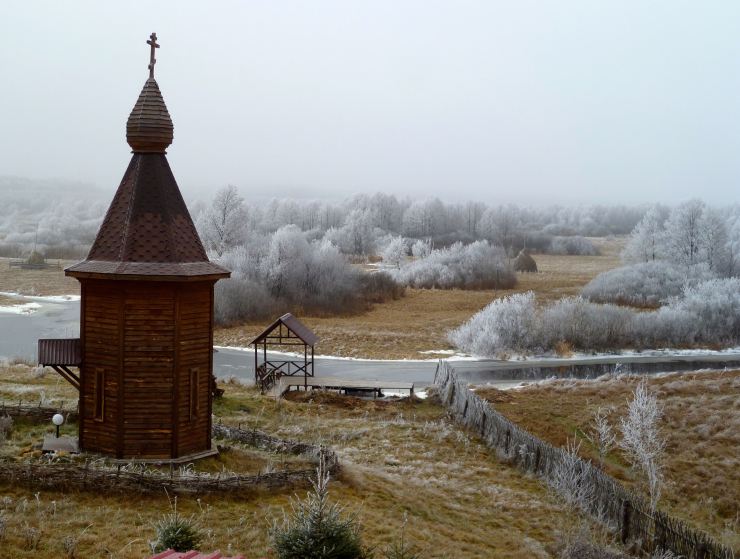 I felt like I was in a sort of ice palace.

To be honest, all I did this day was wonder at the beauty and eat.