Not long ago I noticed an unusual monument in Belgorod.  It is dedicated to the citizens of Belgorod that took part in the emergency operations following the Chernobyl disaster in 1986.  Over 3000 Belgoroders sacrificed their own health to build the sarcophagus that sits atop the exploded reactor, a structure that continues to protect us.  These “liquidation workers” were only permitted to spend 40 seconds at a time in the area due to the massive amounts of radiation present in the reactor and the surrounding areas.  Many died very soon after finishing their work.  Today, 897 people who took part in the disaster-management operation still live in Belgorod.  They gather every year on April 26th to mark the anniversary of the catastrophe.  This previous April marked 30 years since the reactor melted down. 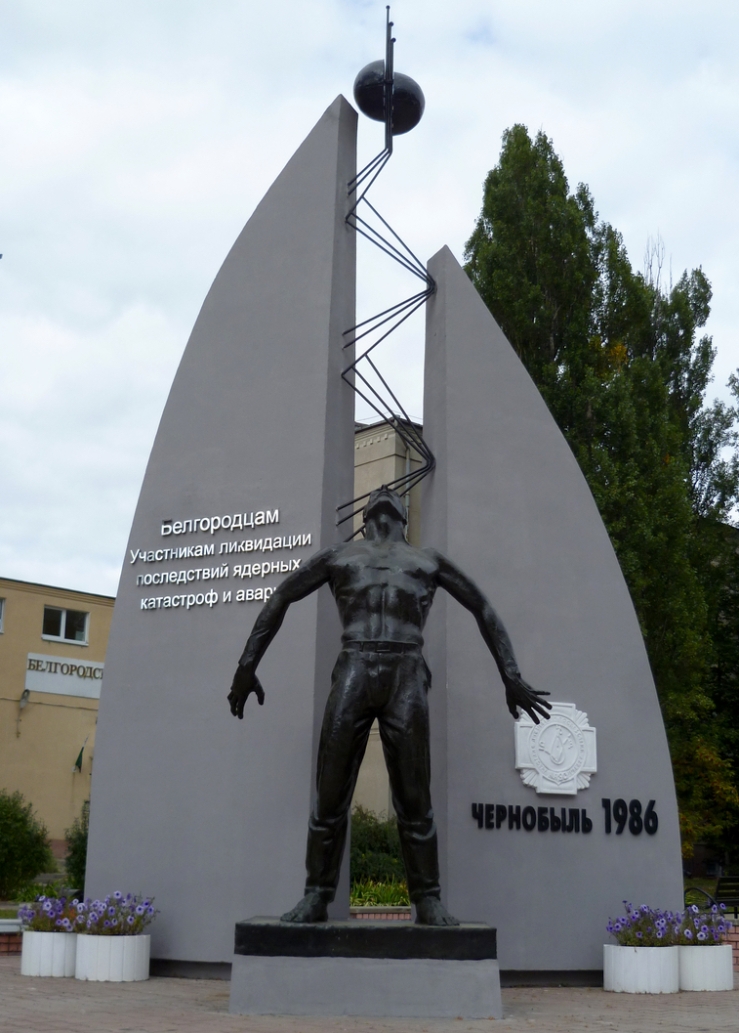 Update:  Here is a fantastic look back at the Belgoroders who helped with the emergency.  Even if you can’t read Russian, you can look at the incredible photos in the article.