[This post is now available in Russian, thanks to Vladimir Kornev]

It’s no secret that I adore Tucson, my hometown.  For a while my facebook status even said that I was “married” to Tucson, but I changed that to “in an open relationship” after friends noted how much time I was spending with my piece on the side, Russia.  (I had to remove my relationship status altogether after a bunch of polyamorous dudes who didn’t get the joke bombarded me with messages, but that’s a different story altogether.)

Now that I live in Belgorod, at least temporarily, let’s really compare the two and see how they stack up.

There are at least three walking streets in Belgorod’s downtown:  the stometrovka, Narodny Bulvar, and the 50-years-of-Belgorod-Oblast Street (beautiful street, mouthful of a name).  Gorgeously landscaped, these are vibrant places for walking, socializing, and play.  With them, Belgorod has already achieved what Tucson’s Living Streets Alliance is working so hard to promote:  comfortable, convenient, safe, and attractive urban infrastructure.

I can’t think of any comparable public spaces in Tucson.  We tend to hang out on Fourth Avenue, I guess, but that is a private space, governed by the cabal at the Fourth Avenue Merchants’ Association.

Plus, the fact that car traffic is still permitted on the Avenue, even after the introduction of the Modern Streetcar with its scary-for-cyclists tracks, makes Fourth Avenue a  mere coping mechanism for those seeking community, not a solution.  We need actual public spaces in Tucson, like Belgorod has. 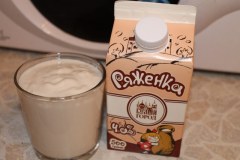 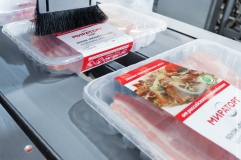 In volume alone, Belgorod wins in terms of locally-produced food.  But of course it does– this is the Black Earth region, where the soil is so rich you can grow practically anything you want.  Tucson’s desert climate and tricky soil make farming difficult and, in some cases, outright immoral, if you ask me.

It’s not right to drain Tucson’s water table to grow peaches when peaches were never meant to grow in the desert in the first place.  But, more importantly, Belgorod’s food tastes SO GOOD.  Potatoes that taste like potatoes, rich milk products that practically moo as you drink them. Meat and poultry to die for.  Want to cook?  Move to Belgorod.

*Only Mexican restaurants in Tucson were included in the competition.  I think that’s fair because, as I’ve said here before, American food really isn’t food.

Eating out in Tucson means feeling some heat– whether it’s the ancho and guajillo chiles of birria or the pickled jalapeño on your simple hot dog, Tucson’s peppers will make your tongue tingle.  Breathe deeply to get the full effect of the endorphin rush— a natural high like running a marathon.

Don’t get me wrong, Belgorod’s restaurants have good, satisfying food.  But it’s weird that so many of them have decided that pizza and sushi rolls are obligatory on every menu.  And it’s profoundly disturbing that a certain pizza chain thinks it’s normal for the world of pizza to be divided into “with mayonnaise” and “without mayonnaise.”

This is barely even a competition– Belgorod gives damn good Twitter.  Whether you want to know which public official is sneaking out of parking fines or which taxis are dirty, Belgorod Twitter is your source.  It’s everyone’s favorite place to complain about the lack of snow-plowing, traffic, and slow Internet connections, but is also where you learn about particularly sweet mandarin oranges on sale.

I’ve even met actual humans in person from interacting with them on Twitter, which never happens in Tucson.  Oh, wait.  I did meet someone from Twitter in Tucson once.  But, you know what?  He was Russian. 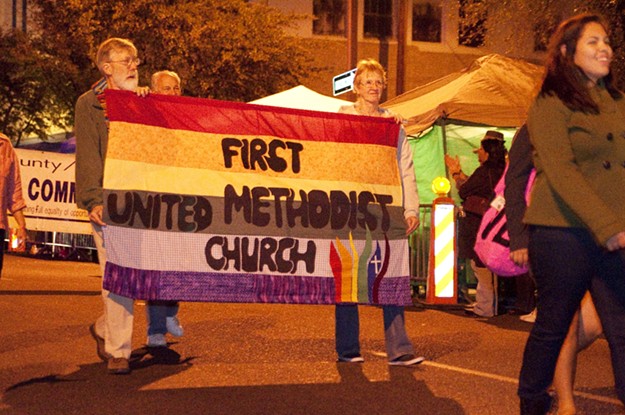 Tucson wins this one easily because Belgorod is in Russia, but even so, Tucson is very comfortable with its gay self.  I mean, churches march in our Pride parade, for Pete’s sake. What has surprised me is how much the lack of gay culture in Russia has affected me, a straight woman.  In Tucson, gay friends are regularly getting married and having children while in Russia gay people are….invisible.  As I’ve mentioned here before, it was only recently that I even met a gay person in Russia.  It’s like moving to a place without the color red.  Everything seems ok at first, and then you’re like, wait…something’s off.  Stop signs are purple, tomatoes are orange. All other colors are present, but no red.  Plus the more you pay attention to its absence, the more disconcerting it is.

We love our bikes in Tucson, and over the years we’ve gotten more and better lanes, more dedicated parking, and more festivals.  Somehow, Tucson was even named as the second most bike-friendly city in the United States.  That feels like an exaggeration to me, but whatever. 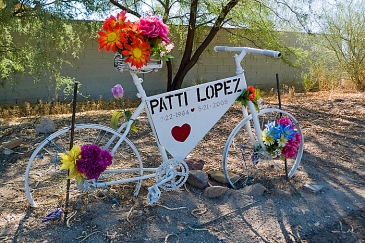 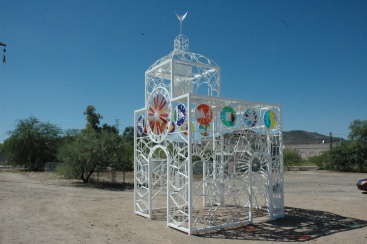 Sadly, our car culture has not caught up to our bike culture, so Tucson still suffers from a not insignificant number of bike fatalities every year.  We have ghost bikes to commemorate our lost loved ones and we also remember them at the Tucson Bike Church.

There are bicycle lovers in Belgorod, too,  and I’ve seen some bike parking.  But it’s nothing like Tucson.  However there is a bike repair shop, Bike Lab, that looks an awful like our BICAS in Tucson.  But that might just be because they’re both located in sort of sketchy basements.

Both Belgorod and Tucson are border cities: Belgorod with Ukraine and Tucson with Mexico.  But like good people everywhere, the residents of these cities see themselves as a people divided by a barrier imposed from above, not a barrier they themselves would necessarily choose.  In Tucson as in Belgorod, relatives live on both sides of the border and crossing back and forth used to be a normal, uncontroversial practice. In Tucson, the fact that the US-Mexico border has now become militarized has forced Tucsonans to more emphatically assert our border identity.  To quote the young people in our streets, “We didn’t cross the border, the border crossed us.”

Tucson’s youth have become increasingly active as the State of Arizona has sought to quash its binational nature, going so far as to ban the teaching of Mexican-American studies in public schools. The kids reacted by staging walkouts and sit-ins, and even took over the School Board, demanding their right to their own history.

Belgorod has not yet encountered such a hostile attitude towards its shared past with Ukraine, and let’s hope it never does.  In the past two years travel across the Ukrainian border has become curtailed, with only international passport holders allowed to cross into Ukraine. This has ended the once-regular practice of casual weekend trips to Kharkiv, Belgorod’s closest Ukrainian neighbor.  Most people in Belgorod seem to speak at least a little Ukrainian and many Belgoroders are completely fluent.  I get the sense here that to deny the shared past and future with Ukraine is unthinkable. 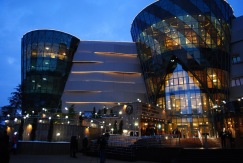 Tucson has a very vibrant arts scene, and one worthy of deep pride.  But, in my opinion, there’s just no way for independent art to compete on the same level as subsidized art.  Take Belgorod’s main theater, the Belgorod State Academic Drama Theater.  By way of example, in December alone the theater’s main stage featured eleven different plays and is so popular that it is difficult to get tickets.  Or Belgorod’s Philharmonic Hall–December featured at least fifteen different concerts.  Additionally, Belgorod’s art museum has an exceptionally rich collection of twentieth century Russian art and regularly features world-class guest exhibitions from artists like Salvador Dali.

In contrast, the Tucson Music Hall is empty most nights and the Arizona Theater Company puts on only a handful of plays a year.  The Tucson Museum of Art is significantly smaller than Belgorod’s and, as a ticket is $12, is prohibitively expensive for frequent visits.

So, yes, I’m smitten by my temporary home.  I’d like to send out a special appeal to physicists everywhere:  this issue of not being able to be in two places simultaneously is becoming intolerable.  You need to fix this issue immediately. Get a grant or something.