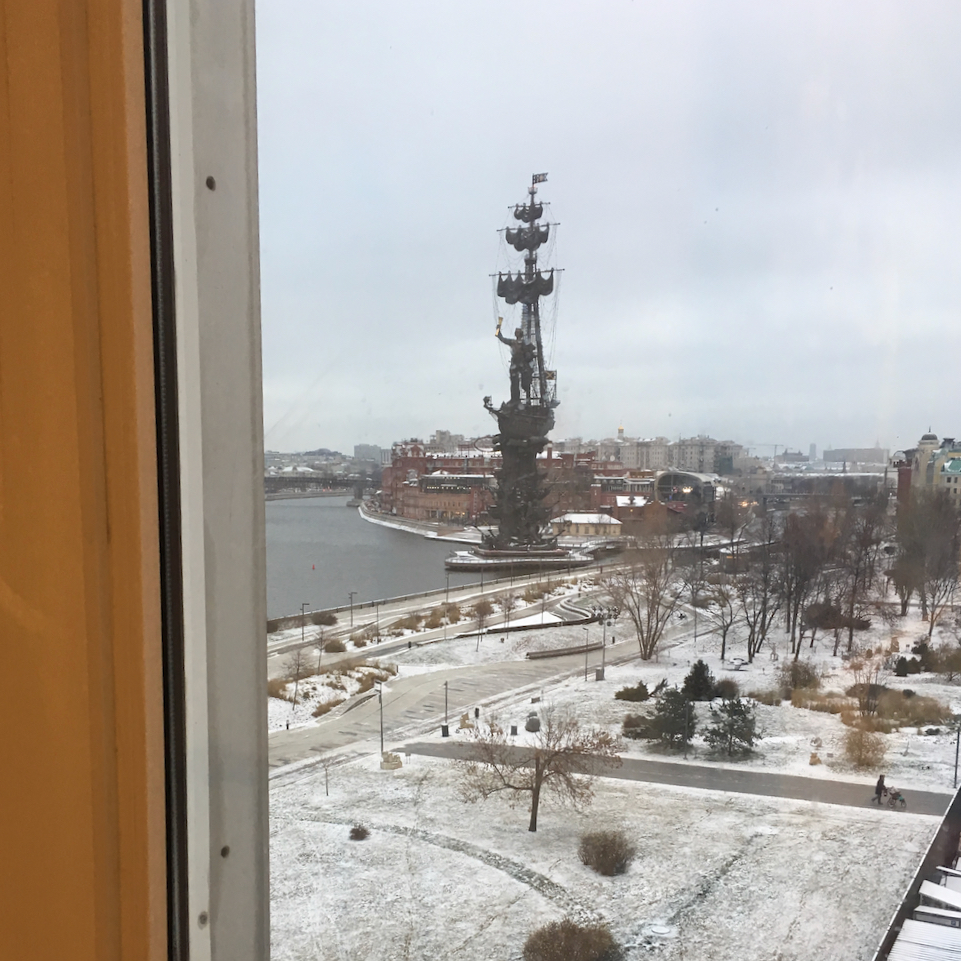 Arriving in Moscow this time felt like a step into the past, but not the good past.  If you’re a regular reader of this blog you know that I lived in Russia from September to June of this year and that our snowy, gray winter lasted well into May.  Somehow, I was just not ready for more winter quite yet.  As soon as I saw the snow on the ground and the gray sky I was instantly transported back to the depressed gloom of earlier this year.

Some of that dissipated when I saw my dear friend Anya.  We caught up, drank warm and delicious soup, and sipped on fruit-filled mulled wine. I thought maybe I’d make it through.  But then I went to my apartment, tried to sleep, and was struck by a terrible back cramp, like a charley horse, but in my back.  What the hell?  I took a hot shower, and that helped for a while, but I was down for the count the next day.

Anya brought me a common Russian cure for back pain:  Kuznetsov’s Ipplikator (or Applikator).  Invented by one Ivan Kuznetsov, a music teacher, in the 1970s, it’s a small mat with a zillion little plastic spikes in it.  Notably, Mr. Kuznetsov initially constructed the original version of his invention out of an old tire and some thumb-tacks from the office, so this is an improvement.  I guess.  Anyway, you’re supposed to lay on it and, eventually, it is supposed to make you feel better.

I think it’s pretty clear that this comes from a long line of Russian belief in a concept articulated by Dostoevsky as “Redemption Through Suffering.”

I was further discouraged when I watched a video on youtube entitled, “I apply Kuznetsov’s Applikator.”  The video’s description says, “I use Applikator Kuznetsov to cure sore throat. Don’t let children see this.  Too painful.  And partial nudity.”

I did try this, dear reader, but I can’t say whether it worked or not because my treatment was interrupted when I began to read the medical device advertisements included with the Applikator/Ipplikator.

Right in the middle of the booklet of ads was this gem.  Tell me if you can guess what this is. 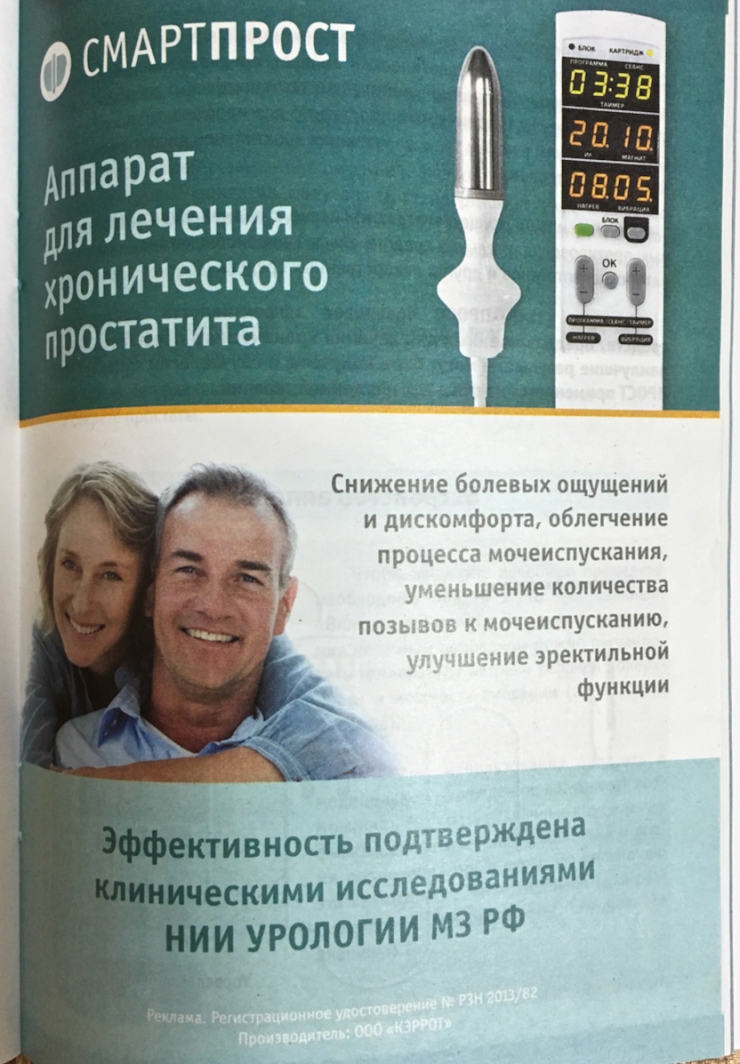 Here’s a diagram of the interior of the apparatus, in case that should help you.

It is, excuse my terminology, a vibrating butt-plug.